Hip Hop is a music genre which originated in the Bronx, New York in the 1970s and since its inception has grown exponentially becoming one of the most popular music genres globally. This, in turn, has lead to Hip Hop being adapted and localised to different parts of the world but, has also lead to very controversial instances of appropriation of black and Hip Hop culture. Including, lyrical, fashion and dance appropriation.

Cultural appropriation involves taking or adopting elements of one culture, typically without their permission and implementing them into another culture. This becomes particularly controversial when the original cultures values or origins are not acknowledged or respected by the adopting culture.

In Japan, Hip Hop can be deemed significantly controversial as it is hard to determine where to draw the line of what is paying homage to the origins of Hip Hop and supporting the political messages that it is used to convey. Or, where their ‘support’ becomes cultural appropriation that stems from a lack of knowledge, racism and insensitivity (Tai, 2018).

Hip Hop as a culture is seen as an anti-establishment force, fighting for black rights in America. Whereas, Japanese Hip Hop can take an extremely nationalist or even racist tone. Initially, Hip Hop was seen as embodying not only the ‘black experience’ but the ‘physical black body’ (Thomas, 2016), which introduced B-style; dreadlocks, braids, jewelry and some would even go as far as darkening their skin to mimicry Hip Hop’s culture (Tsadwa, 2016). 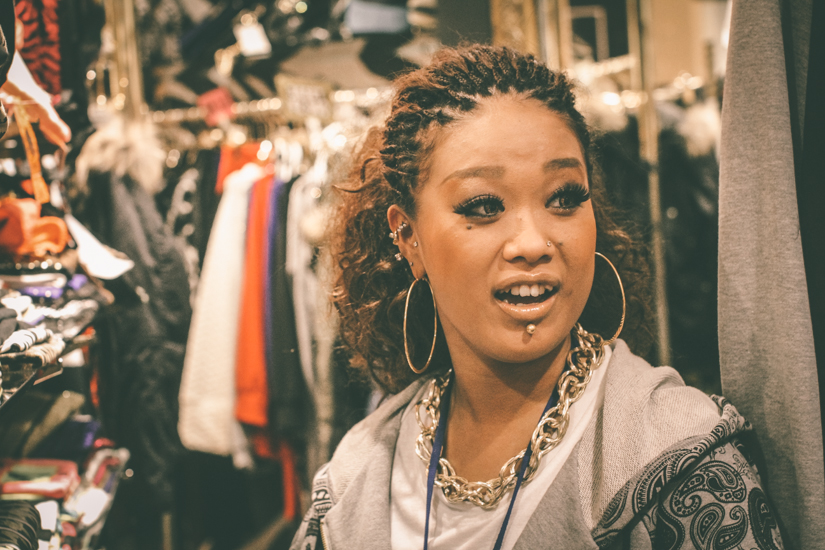 For some of the B-style orientated Japanese personalities, this evolved into an obsession with the whole Hip Hop culture;

Another example, from Hiro a Japanese Hip Hop pioneer (Hiro, 2005).

These infatuations have caused others to claim ‘Blackness’ has been fetishised by the Japanese Hip Hop community. They also have developed a sort of unofficial list of goals that embody what it means to be black, in Japan. With men remolding themselves into Hip Hop style and women also obtaining the Hip Hop style, as well as, an African American “lover” (Cornyetz, 1994, pp. 115). This raises issues of cultural appropriation as none of these goals or attempts to embody Hip Hop culture do not acknowledge or pay respect to Hip Hops origins or the political issues that they stand for. 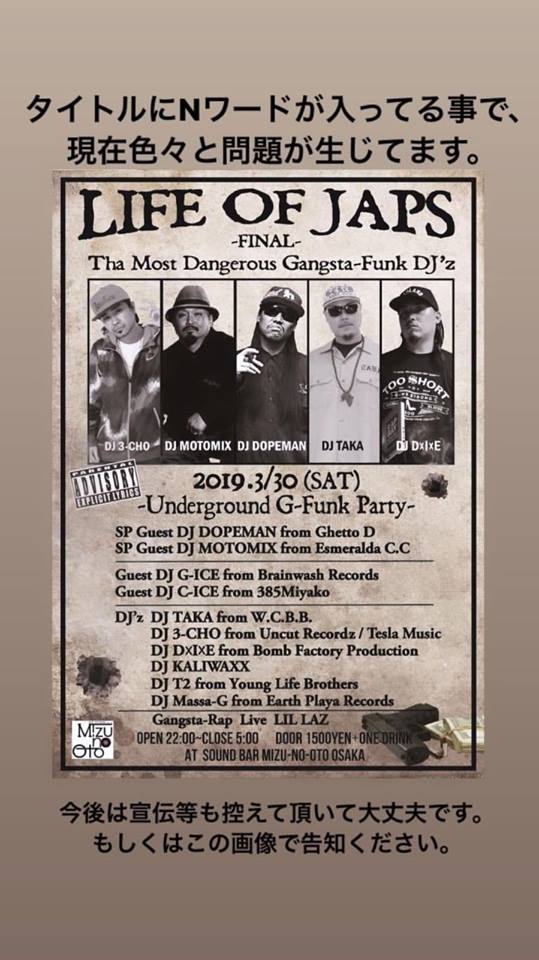 There are also issue that can arise from the Japanese use of the controversial terms ‘Nigger’ and ‘Jap’ within their culture claiming they are the “same” urging there is ‘brotherhood’ in ‘victimhood’ (Thomas, 2016).As both terms were originally used as a suppressive vice and have now been transformed as a means of self-empowerment, to be used exclusively by their own cultures. Therefore, when the Japanese Hip Hop groups claim they have the same rights to the term as African Americans have, many issues can arise as their infatuations can hang onto many damaging stereotypes and disregard the real connotations that, ‘that’ world can carry and the damage it can potentially inflict.

One thought on “Japanese Hip Hop; a Homage or an Infatuation, resulting in cultural appropriation?”

i miss u (times 3) 🌟
Matt Corby, Alice and the Grounds of Alexandria make for a perfect weekend 🌈🌻🐝 @alice.egan
Partying in a paddock is a must🌈🕺🏼
Not your average Tuesday✨
A sweet ending to a new beginning 🥂✨
All the love for this one 💕✨